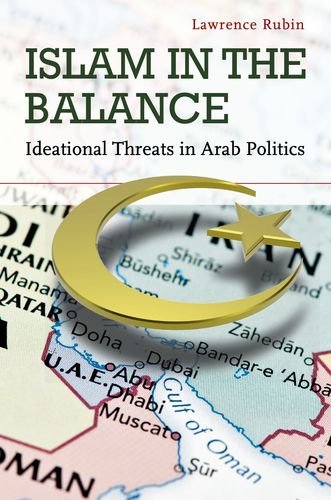 The unique contribution of the work is the introduction of the concepts of “ideational balancing” and the “ideational security dilemma.” The key departure points are whether an ideological threat is projected and to what extent another state’s threat perceptions are activated. This leads Rubin to develop a bit of a realist and constructivist merger: the ideational security dilemma. In the traditional security dilemma, one state’s attempt to increase its security tends to undermine that of others. In this ideological version of security dilemma dynamics, states are threatened by projected ideational challenges from other states and respond by attempting to shore up their own legitimacy while undermining the credibility of the challenger. This amounts to ideational balancing, in which a state “aims to mitigate the domestic political threat from a projected transnational ideology” (p. 37). States therefore feel these ideational challenges as threats not just internationally but also domestically. Accordingly, the response requires both internal and external adjustments that “are composed of two pillars: counterframing and resource mobilization” (p. 37). Rubin argues that states that are in a particularly vulnerable moment domestically are also far more susceptible to the dynamics of the ideational security dilemma.

Rubin examines these concepts through detailed case studies of the policies of Egypt and Saudi Arabia as these two states responded to the emergence of Islamist regimes in two other countries, Iran and Sudan. The case studies draw on six years of field research by the author in the region and show how Egyptian and Saudi responses shifted over time. “Islamist regimes became threats when they projected their ideologies directly through statements that included aggressive rhetoric or indirectly through alliances, financial and military aid, and international institutions” (p. 127), Rubin writes. Feeling threatened, Egypt and Saudi Arabia engaged in ideational balancing.

While Rubin explores these dynamics in detail in his chapters on the interactions of Egypt, Saudi Arabia, Iran, and Sudan, he also notes how his framework applies to both past and present politics in the region. One can see ideational security dilemmas and balancing at work in the Arab Cold War period, for example, in the struggles between Egyptian president Gamal Abdel Nasser and his opponents during the 1950s and 1960s. Similarly, in the post–Arab Spring period, Rubin applies his framework to shed light on the region-wide attempts by regimes to balance against the rise of the Muslim Brotherhood or to use sectarian symbolism in attempts to thwart Iranian influence in contemporary conflicts from Syria to Iraq to Yemen.

Islam in the Balance is an excellent book. It adds to the small but growing literature on the international relations of the Middle East, introduces important new concepts that can be applied well beyond the case studies in the book, and is a well-written text that will be of great interest to scholars, policymakers, and the informed general public.