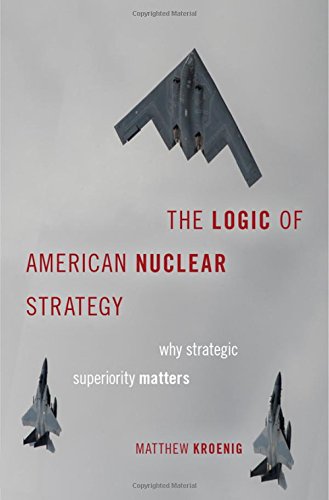 According to Cold War folklore, nuclear war was un-winnable. That myth is not accurate. Not only is nuclear war winnable, the United States actually won a nuclear war against Japan. Many observers, however, object to this line of reasoning. They believe that using nuclear weapons against a non-nuclear opponent is not nuclear war because the opponent cannot return fire with nuclear weapons. But this objection misses the fundamental point – just as long as the opponent does not return nuclear fire, either because they lack the capability or because their weapons are destroyed completely in a splendid first strike, nuclear war can be won. The “fine print” associated with this proposition, however, is that the side contemplating victory has to go nuclear first and must be prepared to “get their hair mussed,” to paraphrase General Buck Turgidson, if things do not unfold as planned.

It is also true that as the situation of Mutual Assured Destruction (MAD) emerged by the mid-1970s, hopes of limiting damage in an all-out Soviet-American nuclear exchange, not to mention achieving a splendid first strike, faded in policy and academic circles. When both sides possessed a large secure second-strike capability, the difference in the damage suffered between those firing first or second in a nuclear exchange became insignificant, despite the clai

From Quills to Tweets: How America Communicates about War and Revolution, Andrea J. Dew, Marc A. Genest and S.C.M. Paine Reviewed by James J. Wirtz

The Statebuilder's Dilemma: On the Limits of Foreign Intervention, David A. Lake Reviewed by James J. Wirtz

The End of Iraq: How American Incompetence Created a War Without End, Peter W. Galbraith
Reviewed by James J. Wirtz

The Nuclear Turning Point: A Blueprint for Deep Cuts and De-Alerting of Nuclear Weapons, Harold A. Feiveson, ed.
Reviewed by James J. Wirtz

Intelligence to Please? The Order of Battle Controversy during the Vietnam War, James J. Wirtz