The Rise and Fall of Intelligence: An International Security History, Michael Warner 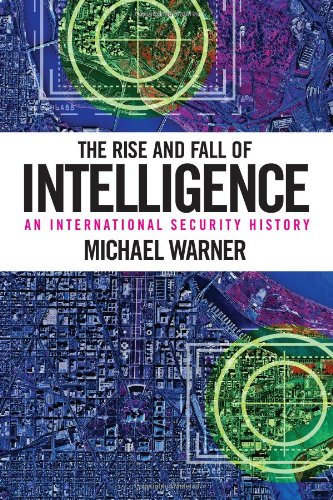 Although the art of espionage is timeless, the practice of “intelligence” is a relatively recent phenomenon. By the middle of the nineteenth century, spies had begun undertaking new police and surveillance missions while also adopting new analytic techniques that produced reports containing more than just stolen secrets. By the early twentieth century, these developments had coalesced to form professionalized, government organizations that engaged in many of the functions—code making and breaking, scientific and social analysis, data “fusion,” surveillance, and counterintelligence—that we associate with modern intelligence institutions. Today, individuals use information technologies to undertake activities that were once limited to the great powers. State domination of intelligence might in fact be waning as various nonstate actors, virtual organizations, and individuals play an ever more active role in an emerging digital age of surveillance.

In this lively history, Michael Warner describes how modern intelligence organizations emerged from the social, political, economic, and technological developments that occurred during the nineteenth and twentieth centuries and how these same organizations have, in turn, shaped these very same developments. Warner is not particularly interested in providing the details of famous,

From Quills to Tweets: How America Communicates about War and Revolution, Andrea J. Dew, Marc A. Genest and S.C.M. Paine Reviewed by James J. Wirtz

The Statebuilder's Dilemma: On the Limits of Foreign Intervention, David A. Lake Reviewed by James J. Wirtz

The End of Iraq: How American Incompetence Created a War Without End, Peter W. Galbraith
Reviewed by James J. Wirtz

The Nuclear Turning Point: A Blueprint for Deep Cuts and De-Alerting of Nuclear Weapons, Harold A. Feiveson, ed.
Reviewed by James J. Wirtz

Intelligence to Please? The Order of Battle Controversy during the Vietnam War, James J. Wirtz