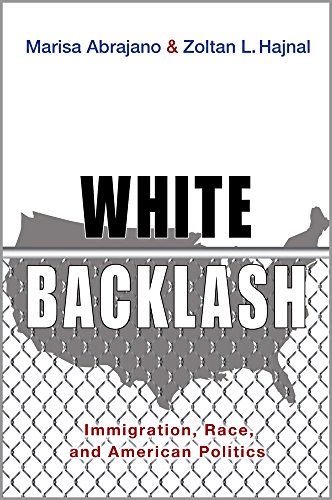 For more than a decade, we have consistently heard that sweeping demographic changes will soon usher in an unbeatable Democratic majority. As Democratic-leaning Latinos become an ever-larger share of the American electorate, the GOP, which relies on votes from the aging and shrinking non-Hispanic white population, is going to become uncompetitive in an increasing number of states. Yet this overwhelming Democratic advantage remains forever on the horizon. As I write this, Republicans control both chambers of Congress. A majority of states have Republican governors, and a majority of state legislatures have a Republican majority.

Marisa Abrajano and Zoltan L. Hajnal provide an explanation for the GOP’s surprising resilience. Many who argued that demographic trends favored the Democrats made a crucial mistake. They assumed that the white vote would remain closely divided while minorities swelled the ranks of the Democratic electoral coalition. This has not been the case. Whites have been moving steadily toward the GOP in recent elections. Mitt Romney won the largest share of the white vote since George H.W. Bush’s 1988 landslide victory. Abrajano and Hajnal make a solid case that immigration is directly responsible for the white electorate’s steady move to the right.

The Rise of the Alt-Right, Thomas J. Main Reviewed by George Hawley

Jeh Johnson on the State of American Democracy
Click below to read the transcript or watch the recording.