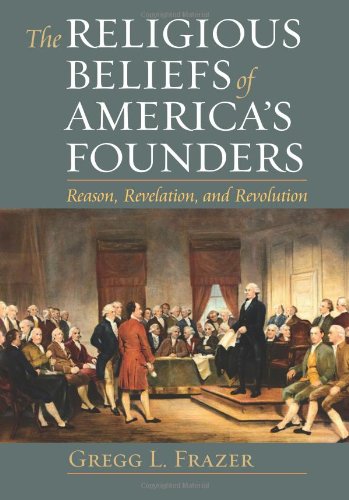 In his new book, Gregg Frazer presents an original and persuasive treatment of the religious beliefs of America’s Founders. According to Frazer, the most influential American Founders were neither Christians nor deists but rather what he calls “theistic rationalists,” and the Founders sought to establish a republic that was neither secular nor Christian but rather one based upon theistic rationalism.

Frazer defines “theistic rationalism” as “a hybrid belief system mixing ele­ments of natural religion, Christianity, and rationalism, with rationalism as the predominant element” (p. 14). This “belief system” was not deistic, because in contrast to deism, it posited that God was providentially involved in the events of the world, that at least some of the Bible was inspired by God, and that Jesus Christ was a good moral figure. Neither was this belief system Christianity, however, because it rejected the divinity of Jesus, the plenary inspiration of the Scriptures, and other key Christian doctrines such as the Trinity, the necessity of belief in Jesus for salvation by grace alone, and substitutionary atonement— doctrines that theistic rationalists regard as being the result of a corruption of the teachings of Jesus by St. Paul and later leaders