How to Do Things with International Law, Ian Hurd 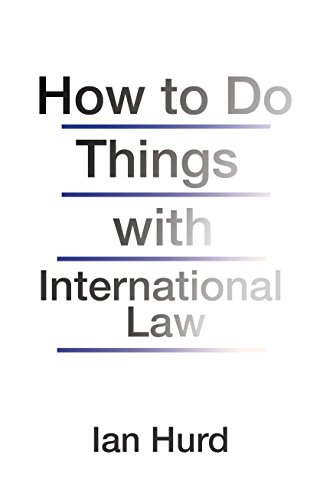 This book is a thought-provoking addition to the body of work that explores the relationship between international law and international politics.

A core theme of this volume is that international law and international politics are inseparable. Drawing on ideas from international relations, legal, and critical theory, Ian Hurd drives a conceptual wedge between what he calls “enchanted” views of international law that place it “above politics” and his view that powerful entities construct political interactions and environments with, and through, international law. Whereas liberal framings of the rule of law emphasize legal rules as constraints on behavior, Hurd explains that governments often try to use international law to justify or legitimate their own and others’ politically motivated actions. In the process, governments influence the boundaries of the legal definitions and categories in play. In short, when trying to “do things with international law,” states are also doing things to international law.

Among the book’s notable features is its attention to power differentials between states. Hurd argues persuasively that international law is often more influential as a tool of the strong than as a weapon of the weak. Although this is not an original idea, it is important, and it is well ill

The Perils of Global Legalism, Eric A. Posner Reviewed by Tonya L. Putnam