Authoritarianism and the Elite Origins of Democracy, Michael Albertus and Victor Menaldo 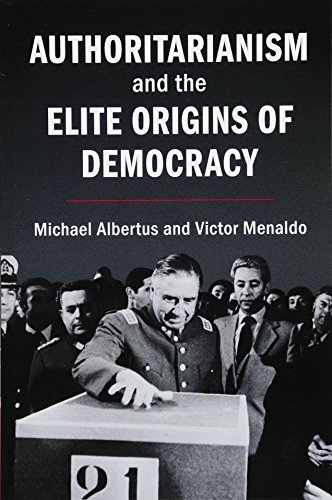 Most observers believe that democracy brings important socioeconomic and political improvements for the broader citizenry. Empirical evidence, however, has been surprisingly mixed. Michael Albertus and Victor Menaldo offer a provocative explanation. They claim that many democracies are thoroughly “elite biased” from the outset, hemmed in by constitutions engineered by the political and economic elites of preceding authoritarian regimes to safeguard their interests. To consent to democratization, these powerful sectors limit popular participation and impose constraints on the government. Because these crippled democracies are deficient in political vibrancy and fail to represent the median voter's interests in their policymaking, they achieve little, if any, socioeconomic redistribution and fail to punish outgoing autocrats for their misdeeds.

According to Albertus and Menaldo, democracy can only flourish fully when authoritarian elites face popular challenges, such as “revolutionary” mass mobilization, while lacking the institutional strength and coordination mechanisms to impose a constitutional straightjacket on the emerging democracy. Under these circumstances, “popular democracies” arise, which do effect substantial redistribution and sanction the old dictators.

As the authors attribute great power to autho