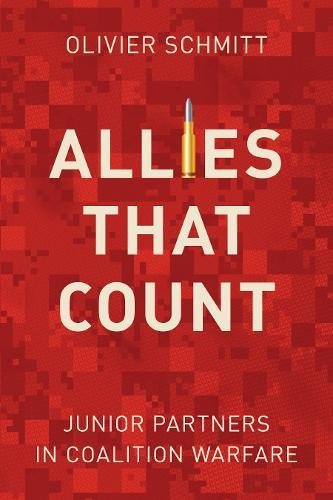 In Allies That Count, Olivier Schmitt upends the conventional wisdom that having as many states as possible in a coalition is always beneficial. Building on the work of Nora Bensahel, Patricia Weitsman, and Risa Brooks, Schmitt examines how junior partners’ contributions shape multinational military interventions. Based on extensive comparative analysis of 12 allies in four conflicts (First Gulf War, Kosovo, Iraq and Afghanistan wars), Schmitt argues that states provide utility to multinational military operations through two distinct albeit mutually reinforcing mechanisms: standing or the combination of integration and quality.

The challenges of coalition warfare are well known. Less well understood are the trade-offs that come with fighting alongside others, or how different military and political contributions result in variations in the utility of a junior partner in coalition operations. Enter Schmitt, who argues that the political and military utility conferred by junior partners in a multinational military operation derive from different sources. In all, Schmitt identifies six potential components of utility: two of these—standing and respect for international humanitarian law—relate to the political dimension, while four—integration, responsiveness, skill, and quality—relate to the military dimension.