Dissent: The History of an American Idea, Ralph Young 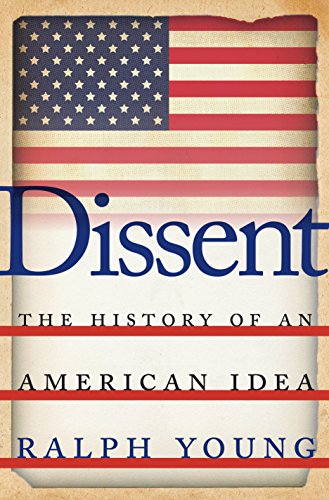 Ralph Young tells the story of America through the voice of its dissenters. Young argues that dissent is a salient feature of the American mind-set. From early seventeenth-century Puritanism to the Occupy movement and the Tea Party, those who question the establishment and oppose its zeitgeist have always had their share in the making of American history.

One of the great merits of Young’s book is his nuanced perspective on events and people that are often reduced to clich'es in our collective memory. We tend to think of dissenters as villains or heroes, but the color palette of reality is richer, and history is too complex to allow ourselves to stuff our minds with stereotypes about the past. In telling the story of Puritan dissenters, for example, Young tackles the stereotype of Puritans as “upright spoilsports” (p. 18).

Young’s expertise—for more than a decade, he taught a course on the topic at Temple University, and he previously authored a compilation of primary documents covering 400 years of American dissent—shows on each page. Each of the 23 chapters of his book is informative and a pleasure to read, although conceptually, some things remain vague. What exactly is dissent? And why is it an American idea?