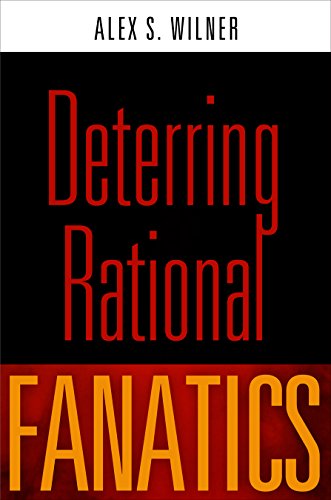 More than a decade since the U.S.-led war on al Qaeda and its affiliate terrorist networks, we are nowhere near defeating this vexing adversary. On the contrary, the rise of the Islamic State in Iraq and Syria (ISIS) and America’s renewed engagement with countering radicalization at home and abroad demonstrate the failure of earlier strategies to contain, delegitimize, and defeat violent extremists. After two major wars, extensive security assistance to allied nations, billions spent on new homeland security institutions and measures, and a plethora of programs intended to delegitimize and deradicalize extremists, what else can be done to counter the threat of terrorism?

It is in this context that Alex S. Wilner introduces the case for deterrence as an underexplored strategy in the war against Islamist extremists. Deterring Rational Fanatics offers a lucid, if not entirely compelling, argument for seeking to deter terrorists by altering their motivation to orchestrate violence. His central argument is that despite the aura of fanaticism surrounding groups such as al Qaeda and the Taliban, these entities are rational actors that could be manipulated, influence, and compelled to rethink their violence. The key to deterring these organizations is to break their terrorism systems into their component processes and to seek ways to exercise leverage at

The Occupation of Iraq: Winning the War, Losing the Peace, Ali A. Allawi Reviewed by Mohammed M. Hafez