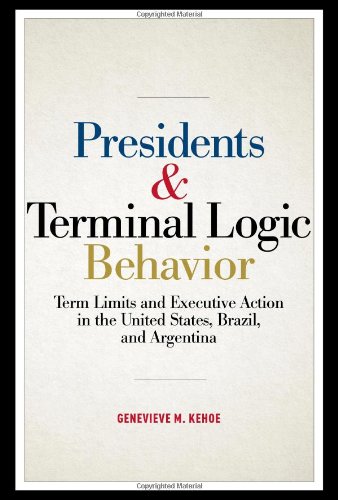 President Barack Obama’s executive action on immigration that granted temporary legal status to an estimated five million undocumented immigrants set off a heated debate about the use (and potential abuse) of executive action. The announcement came on the heels of a stinging electoral defeat for Democrats in which Republicans padded their majority in the House and took control of the Senate. Confronting an unlikely compromise on immigration legislation in Congress before he leaves office, Obama turned to his unilateral authority to ensure a significant policy accomplishment. Although it was completed before Obama’s announcement, Genevieve M. Kehoe’s book offers much insight into the motivations behind Obama’sactions and those of previous presidents, American and otherwise.

Kehoe seeks to challenge the conventional wisdom that presidents are rendered lame ducks near the end of their tenures in office and effectively become unproductive policymakers. She points out that, “Indeed, there is no scholarly consensus that the lame duck status exists at all” (p. 27). Instead, she argues that as presidents reach the end of their time in office, their motivations change from concerns about survival (reelection) to legacy. To bolster their legacies, presidents turn to their “proactive powers” by increasing their reliance