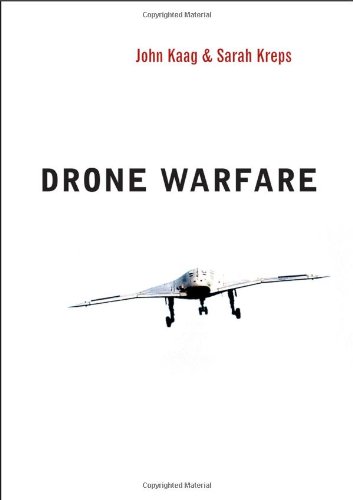 This book is a discussion of the ethical, legal, and political challenges of using armed drones (unmanned aerial vehicles) in U.S. military and intelligence operations. Many of the themes are familiar. The beauty of the book is that it pulls together key points into one well-written narrative, placing drones within a broader strategic and historical perspective.

The book’s central argument is that the use of armed drones is corrosive to democracy, as it shields the populace from the consequences of the use of force. Armed drones thus create a “moral hazard,” increasing the incentives for states to engage in risky behavior. The authors argue that the United States is faced with “unprecedented strategic choices” (p. 17) comparable to those confronted in the aftermath of World War II.

Divided into six chapters, Drone Warfare begins with a straightforward introduction to the technology and its recent history. The authors explain heated debates over the rate of civilian casualties and recent Barack Obama administration practices such as “signature strikes,” “personality strikes,” kill lists, and targeting U.S. citizens. The chapter ends with a warning about the proliferation of armed drones into the arsenals of dozens of other states.

Having laid out the technology and recent contro

The Eye of War: Military Perception from the Telescope to the Drone, Antoine Bousquet Reviewed by AUDREY KURTH CRONIN