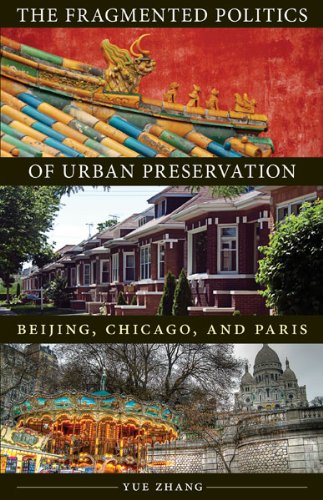 Saving, living in, and visiting historic places is perhaps the most-common way in which people consciously interact with the past. And yet, only in the last several decades has the movement received the sustained scholarly attention that it deserves, from historians, anthropologists, sociologists, and architects. Political scientists focusing on this key strategy of urban development in worldwide urban development, however, have been scarce. The Fragmented Politics of Urban Preservation is, therefore, an invaluable addition to the literature that should bring more attention to the central questions that preservationists ask: why is the effectiveness of preservation efforts so different in cities around the world? What accounts for success and failure in preserva­tion struggles? Most preservationists have preferred to rely on limited answers about the relative significance of the buildings or landscapes to be preserved, or relative effectiveness of the advocacy coalition. In fact, Yue Zhang argues that we must understand not only the fragmented politics that define cities, but also the particular kind of fragmentation that is dominant in a given city.