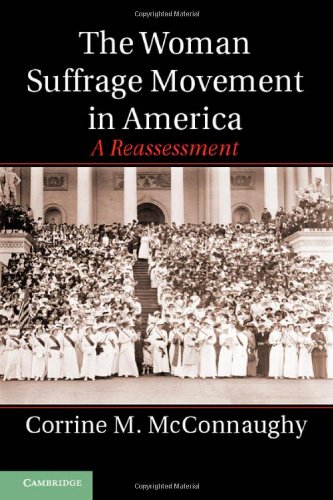 Previously, women’s historians have endeavored to keep women central in the story of personal politics. Corrine M. McConnaughy, however, focuses on the inner workings of state legislatures that have had the most power to define the electorate, and shows that analysis of partisan politics in state legislatures fills the gaps in previous histories without pushing women out of women’s history. Women’s ability to build coalitions with groups outside of their initial identity group, which took considerable effort, began to bear fruit by the early 1900s. She describes two scenarios under which male state legislators consid­ered expanding the voter base to include women: strategic enfranchisement and programmatic enfranchisement. The former implied that a major political party would find it advantageous to add women voters to the rolls. McConnaughy debunks this approach because female voters could not guarantee any political party their vote as a bloc.

Programmatic enfranchisement, then, represented the perception of politi­cians that a sizable part of the male voting constituency, through coalitions between the suffragists and third-party challengers (for example, farmers’ groups, labor organizations, fraternal b