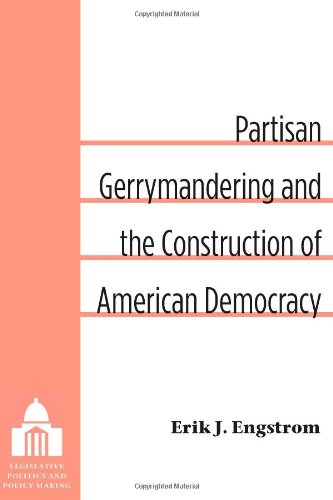 Three quarters of American political history transpired before the 1960s, and yet virtually all of the research on congressional redistricting examines its effects after the 1962 one-person, one-vote ruling. The commonly held academic opinion that redistricting registers limited effects ignores the very different political setting of the late eighteenth and entire nineteenth centuries, when the absence of judicial oversight and congressional inter­vention produced an electoral milieu whose signature feature was no­holds-barred partisan gerrymandering. The lack of attention to the role of redistricting, as it was practiced throughout most of American history, not only has created scholarly blind spots, but these gaps in knowledge have led political scientists to overemphasize the critical-election narrative of party system change and its attendant effects on congressional policymaking.

By incorporating the role of redistricting in shaping the course of American history, Erik Engstrom offers a richer account of the political evolution of the U.S. Congress. Political time is divided into three broad periods: the early Republic (1789–1840), the partisan era (1840–1900), and the candi­date-centered era (1900 to the pres

Down with the Southern Cross: Opinions on the Confederate Battle Flag in South Carolina, SETH C. MCKEE