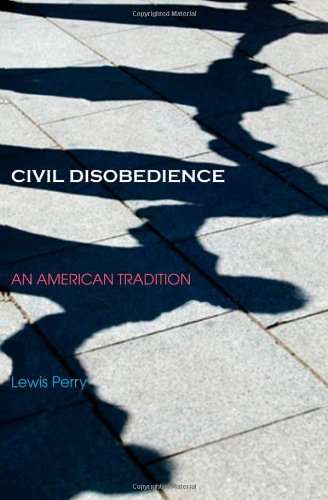 Lewis Perry offers this intriguing history of civil disobedience in the United States. In it, he argues that a distinct and robust American tradition of civil disobedience has had a repeated and significant influence in forcing our institutions to rectify “the systematic inequality of power.” His sweep is wide. He does not simply examine the great social movements that are familiar to students of civil disobedience—the movements against slavery and conscrip­tion and for the rights of women and workers—but he also introduces the reader to the unfamiliar—disobedience deployed in the movement against Indian removal and in defense of religious freedom in colonial America. He not only expands our understanding of Henry David Thoreau, Susan B. Anthony, and Martin Luther King, Jr., but also acquaints us for the first time with Angelina Grimké and Albert Gallatin Riddle.

His reach is long. Perry’s knowledge of the literature is detailed, surprising the reader with a treasure trove of sources most scholars have never considered. Indeed, his work appears to reflect a lifetime of research.

His analysis is deep. In chronicling A