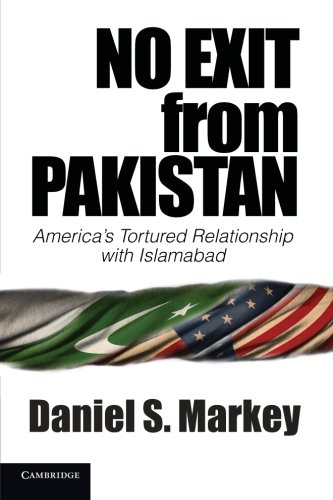 Daniel S. Markey’s recent book constitutes an impassioned plea for sustaining a strategic relationship with Afghanistan even as the United States seeks to disengage itself from that country. Markey makes a plausible argument for maintaining this relationship, given the significant stakes that are involved. He contends that the United States needs to work with Pakistan because of at least three compelling reasons. In his view, in the absence of American vigilance toward and engagement with the country, al Qaeda and its associates could reconstitute themselves, that nuclear weapons or materials within Pakistan might end up in hostile hands and instability within Pakistan, given its geostrategic location could adversely affect the future of American interests in Asia.

All the reasons that he adduces have a certain intuitive and practical appeal. However, it is also possible to argue, based upon the long historical record of the U.S.–Pakistan relationship that it may not be possible for the United States to realize these goals despite the best of intentions and the most adroit diplomacy. To understand the likely difficulties that any American administration will encounter in attempting to pursue these goals, it is necessary to mak