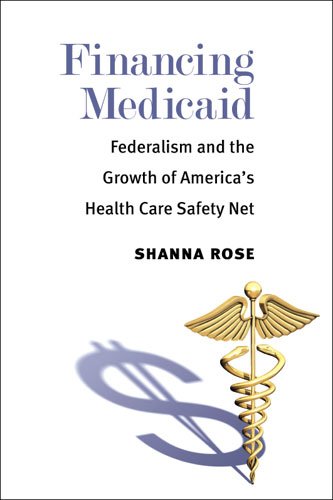 In a well-written and insightful volume, Shanna Rose has joined a growing number of scholars in assessing the remarkable rise of Medicaid in the Ameri­can health care system. Thought to be subject to erosion because of the forces of interstate economic competition and because a “program for the poor is a poor program,” Medicaid has instead expanded. The program now insures more than 70 million people and costs federal and state governments well over $400 billion annually. Viewed by many in 1965 as a down-at-the-heels second cousin to Medicare that would fade away with the coming of national health insurance, Medicaid instead became a key plank in Obamacare in 2010.

Rose illuminates the policy dynamics and underlying forces that have turned Medicaid into by far the largest federal grant program. Rose opens the volume with a perceptive overview of the forces that have galvanized supportive policy feedback. Her core thesis is that Medicaid led to the mobilization of state policy elites (especially governors) on behalf of the program. The book then proceeds chronologically with eight chapters dissecting the policy processes leading to the birth of Medicaid and its evolution to the present. Rose concludes with an assessment of Medicaid’s future and three reform options.

Rose’s volume possesses many strengths. Having published a book on Medicaid the year before Rose (Medicaid Politics, Georgetown University Press), I had read every major history of the program and wondered what additional insight her book could possibly offer. To my pleasant surprise, Rose’s analysis of Medicaid made for absorbing reading on two counts. First, she has a gift for telling the Medicaid story in a colorful, interesting way. She not only captures broad policy trends but vividly portrays the individuals and groups that shaped them. Second, Rose breaks new ground in her analysis. For instance, she documents how Medicaid was far from a policy afterthought in 1965. Rather, it reflected a plan that Representative Wilbur Mills (D-Arkansas) and veteran federal administrator Wilbur Cohen had carefully crafted. As befits her core thesis, Rose excels in describing the role of governors in shaping Medicaid policy. Her description of how Southern Democratic governors worked with Representative Henry Waxman (D-California) to expand the program, despite opposition from three Republican presidents from 1981 through 1992, is especially compelling.

Will Medicaid continue to dodge retrenchment in the future? In her con­cluding chapter, Rose claims that both liberals and conservatives can agree that Medicaid is fiscally unsustainable (p. 246) and assesses three options that would curb the program’s growth. She does not, however, consider the merits of proposals to deal with budget stress in ways that spare Medicaid from major cuts (for example, the report of the Bowles-Simpson Commission). Nor does Rose explicitly assess how the three-decade trend toward partisan polarization may alter Medicaid’s policy dynamics. Rose depicts the National Governors Association (NGA) as “one of the most powerful lobbying associations in Washington” (p. 14). Partisan polarization, however, makes it much harder to forge consensus within the NGA on policy positions. Instead, the Republican Governors Association and the Democratic Governors Association have devel­oped analytic capacity, and increasingly espouse viewpoints to policymakers. If the Republicans gain control of the federal government in 2017, the Republican Governors Association rather than the NGA is likely to be more pivotal in shaping Medicaid’s future. These observations should not, however, obscure my central point. Rose’s book brings the politics of Medicaid to life in a way that will appeal to both the general reader and the policy specialist.