Reviewed by Robert A. Rubinstein 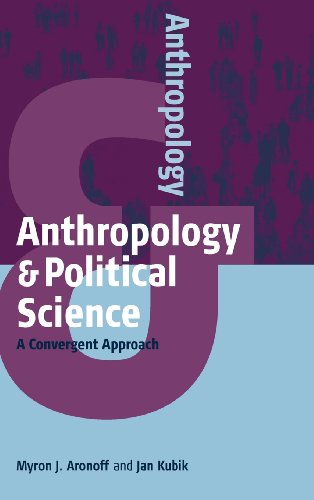 Linkages between state actions and those of ordinary people are becoming increasingly important for grasping the dynamics of world affairs in the twenty first century. That situation makes understanding the mutual relevance of anthropology and political science more important than ever. In Anthropology and Political Science: A Convergent Approach, Myron Aronoff and Jan Kubik set out to demonstrate that mutual relevance and to explore it systematically.

Anthropology and Political Science is a welcome addition to the conversa­tion about how the two disciplines might profitably enhance one another. The book consists of 10 chapters, comprising an introduction, a conclusion, three conceptual chapters, and five empirical chapters that illustrate the value of combining anthropological and political science approaches. Written by two scholars who have for a long time worked at the intersection of political science and anthropology, the book gathers together and updates somewhat earlier published work, especially in its empirical chapters, which are framed by original and useful discussions of the epistemological and ontological differ­ences between the disciplines.

In the first chapter, Aronoff and Kubik begin with a very useful discussion of the differing assumpti