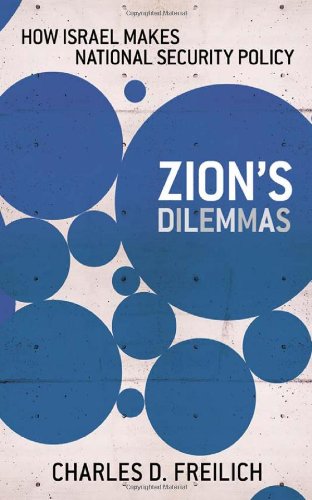 The author, a former senior official in Israel’s defense establishment, presents a very informative account of how Israel formulates its national security policy. This book benefits from richly documented research and an insider’s under­standing of the decision‐making process (DMP). The book also presents an indepth analysis of the DMP in several major case studies in Israel’s national security history. The author argues that Israel’s DMP suffers from several “pathologies”: unplanned reactive proclivity; a highly politicized process; ab­sence of a clear political hierarchy; an un‐institutionalized process; and the primacy of the defense establishment.

While some of the criticism of Israel’s DMP is well taken and often balanced by pointing out Israel’s strengths—such as the ability to make rapid and flexible responses, generally pragmatic decision making, effective planning in the defense establishment, and the skills and motivation of those in involved,— the book is marred by a faulty understanding of the nature of politics, particu­larly in democratic states. Too often the book reflects the frustrations of a senior bureaucrat with ministers, true political animals who refuse to accept the advice of the professional level and act on