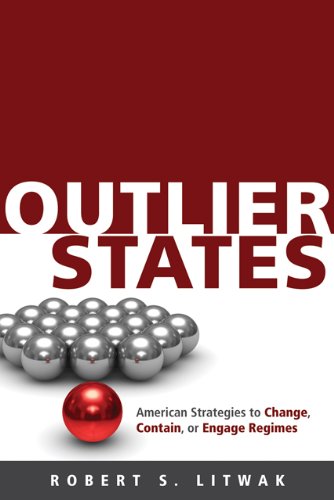 How should the United States deal with problematic countries, like Iran and North Korea, that support international terrorism and pursue weapons of mass destruction? In Outlier States: American Strategies to Change, Contain, or Engage Regimes, Robert S. Litwak of the Woodrow Wilson International Center for Scholars skillfully tackles this important question in his third of a trilogy of books on the subject.

The work begins with an enlightening description of how views of, and strategies toward, “rogue” states have changed over time. Litwak argues that before the terror attacks of September 11, the United States generally sought to isolate and contain these countries, although there were some brief periods of engagement. After September 11, the U.S. approach shifted as the George W. Bush administration decided that the problem was the character of the regimes themselves and that, therefore, regime change was the only possible solution. The election of Barack Obama ushered in a new approach, offering these states a choice between punishment and isolation so long as they violate international norms, or the promise of benefits if they chose to rejoin the community of nations. Even the term used to describe these states has changed over time, from “outlaws” to “rogues” to,

WEBINAR
Jeh Johnson - On the State of American Democracy
October 14, 2021